Why do recording studios have so many buttons? It’s the exact question I asked myself the first time I walked into one. When you first see a recording studio’s control room, it looks like spaceship. The mixing desk alone has hundreds of buttons and then you have all of the outboard gear surrounding it. But sadly, being in a recording studio won’t send you into hyperspace. Sorry to disappoint. 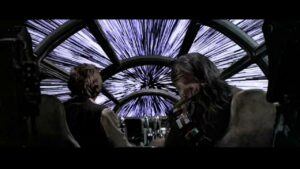 So, what do all the buttons do? Is it really that complicated to understand what’s going on? Actually, not really. When I was studying my Audio Production degree at university, a large part of the modules focussed on operating a mixing desk and the outboard gear you find in most recording studios. Don’t get me wrong, it was certainly intimating at first, but when you start to break it down, it’s not that bad.

In this article I’m going to cover why recording studios have so many buttons by looking at the common functions and layout of them.

Why Do Recording Studios Have So Many Buttons?

The majority of buttons in a recording studio belong to the mixing desk. This is the main console that sound engineers use to record and route audio. Each column on a mixing desk is known as a channel and each channel has the same set of buttons. Once you know how one channel works, you can effectively understand how the whole mixing desk does.

What is a mixing desk? Also known as a sound console, mixer, or sound board. A mixing desk is at the main control unit in any large recording studio. It’s how sound engineers record, monitor, and route audio to other gear such as effect units.

Sound engineers use them during the recording process, mixing process, and live sound engineers also use mixing desks for live performances. At first glance, they look overwhelmingly complicated, but once you look at each part, you’ll begin to realise that they’re relatively easy to understand.

A channel is a single pathway where audio can enter or leave. Across a mixing desk are many channels in the form of columns. Each channel has the same set of buttons, so once you understand one channel, you can basically understand how an entire mixing desk works. Great news, right? The best way to think of audio, is like plumbing. Ok, what an earth am I on about?

In recording studios, we route audio to various places. This is known as signal flow. However, it can start to seem a quite convoluted when you really get into it. To simplify signal flow, think of it like how plumbing works. When plumbers need to get water from one place to another, they use pipes.

For sound we use audio gear, cables, and inputs/outputs. On any channel, audio comes in at the top, is adjusted in the middle, until flowing through to the bottom. From here it then exits to go somewhere else. It all starts at the input section.

I’m sure you’ve heard of an input before and the name is pretty self-explanatory. The input section is where you plug in cables from microphones, instruments, or external audio gear. For example, you may send audio to the mixing desk from vinyl record player. Inputs are where audio comes in.

Inserts are used to connect equipment directly after the input. Whatever you plug into the insert, is also not affected by the rest of buttons and knobs on the mixer’s channel. This is why inserts are often used for compressors and gates, which you don’t want any extra processing on.

A gain knob is essentially just a volume control for an input source. When you record a sound source such as an acoustic guitar with a microphone, you have to set the gain appropriately. If it’s too quiet, the signal will be too weak, if it’s too loud, it will distort and create clipping. Turning a gain knob up in this instance will send more power to the microphone, turning it down will send less.

As the name suggest, this button will cut off low frequencies.  More specially it removes frequents between 20 Hz – 150 Hz, depending on the mixing desk. This helps to precent low rumbles being recorded and reduce a signal that is too bass-heavy.

Even if you’re not into audio gear, you’ve probably played around with EQ before. Stereo systems and guitar amps often have basic EQ controls labelled as bass, mid, and treble. All of which affect the frequencies of sound to make them sound less, or more bassy, present, brighter and so on.

EQ knobs on a mixing desk are much more sophisticated and versatile, as they can boost or cut frequencies very narrowly, or widely, ‘covering the full frequency spectrum from low to high. If you want to know more about this subject check out my article ‘What is an Equalizer?‘.

Auxiliary Sends are incredibly useful and flexible. They are basically used to send audio somewhere else for multiple purposes. For example, you may send a vocal track to a reverb effects unit or compressor. You could use them to set up and send a headphone mix to a musician whilst recording, or in a live setting they’re often used to setup on stage monitor mixes, so that the performers can hear themselves and others clearly.

Panning simply refers to placing a sound in either the left speaker, middle, right speaker, or somewhere in-between. Panning effectively helps to create space between instruments and sounds, it can also be used to create excitement and movement, as you can automate sounds to move around the stereo field.

You all know what mute means, pressing the mute button will silence that audio completely. Solo buttons on the other hand enable you to only listen to that track that’s soloed. So, on your mixing desk if you press solo on the channel where the vocalist is singing, you will only hear the vocalist. This is really handy when you just want to listen to one sound only in isolation.

Faders control the main volume of each channel which is sent to the master channel. Faders control the volume very smoothly and specifically due to their design, as they have a significant travel distance between the minimum and maximum volume.

Remember I talked about plumbing earlier? These outputs are a great example to use for that analogy. All of the audio going into the mixing desk has to exit somewhere, right? The master outputs are where this happens. So, you connect your main output source here, such as a pair of studio speakers, also known as monitors. The auxiliary outputs are where the audio ends up that was routed into your auxiliary inputs. Make sense? Cool. Let’s move onto to the final section

As you might have guess, the master faders control the master volume of the whole mixing desk. Generally these are set and left at 0dB.

Other than a mixing desk, the next likely place you’ll see a lot of buttons in a recording studio is from outboard gear. These are usually rack mounted units, like in the image above. This can include effect units such as reverb, compressors, gates, and limiters. And of course, each rack unit will have its own set of unique buttons. I’m not going to get into that now though, otherwise you’ll be here for hours reading…

Now You Know How a Mixing Desk Works

Once you break down the main feature in any recording studio -the mighty mixing desk- you begin to realise it’s not that complex at all. They start to look really intimating when you have as many as 96 channels, they’re absolutely huge. But remember, as I’ve explained, each channel does the same thing.

They’re dedicated to one sound source each, can route audio to other places, EQ or pan those sounds, turn them up or down, before finally being sent to the master channel. So, now you can walk into ANY recording studio in the world and get to work, right? Well, not quite, but at least you know how channels work.

Now you at least have an answer to the question that brought you here. If you also want to learn music production, then please have a look around my site. I have plenty of articles related to gear guides, recommendations, tips and tricks. Please also feel free to comment below if you have any specific questions.